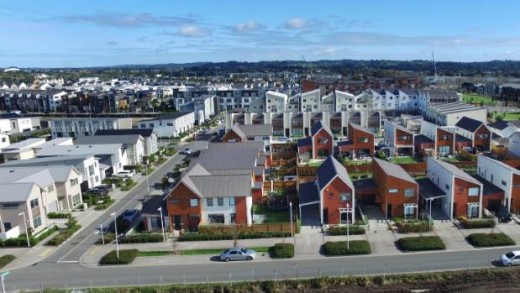 After the formation of the Labour-led coalition government in 2017, there were hopes that the housing crisis was going to be tackled. Labour promised a mass house-building programme called “Kiwibuild” that would build 100,000 new houses over a decade. The Government would play an active role in driving this programme and work together with developers, city councils and other landowners (such as iwi) to deliver high-quality housing at affordable prices for first-home buyers.

The Labour-led government also introduced some laws to mitigate the worst effects of the housing crisis. Rental properties were required to have adequate insulation and heating. Property sales to overseas investors were banned. Also, the bright-line test was extended to 5 years. (The bright-line test was a law that taxed capital gains from the sale of a property within 2 years of purchase.)

Kiwibuild was launched in 2018. Over the next year and a half, it failed to solve the housing crisis but demonstrated that the problem is too deep to be solved by tinkering with capitalism.

The depth of the crisis is described with facts and figures in “A stocktake of New Zealand’s housing” by Alan Johnson, Philippa Howden-Chapman and Shamubeel Eaqub. This report was commissioned by Phil Twyford, the Minister for Housing, prior to the launch of Kiwibuild. It was published in February 2018.

A major factor in the house price explosion between 2012 and 2017 was the massive increase in immigration, mainly into Auckland. Net migration into New Zealand during this period was over 260,000 people. The authors of the report estimated the shortfall in housing to be 28,000 dwellings. At the same time, the Government sold off thousands of state houses. Between 2011 and 2017, the number of dwellings managed by Housing New Zealand fell from 69,717 to 62,917.

The private housing market, private developers and the construction industry had failed to deliver.

The government needed to play a more hands-on role. New housing policies, partnerships, and various incentives for developers and first-home buyers would stimulate the construction of affordable homes. This is the basic idea behind Kiwibuild.

All the incentives in the world cannot make developers build affordable housing, as Phil Twyford found out. Under capitalism, profit is all that matters.

“It's been more difficult than we expected to really shift developers off their existing business model which is about getting a return on capital from small numbers of mid to high-end homes. We are wanting them to build more modest lower quartile homes.” (Stuff, 23 Jan 2019)

What counts as a modest lower quartile home is a 60 sq metre 2-bedroom apartment worth over $600,000. For households with a combined annual income under $100,000, this is still out of reach. From the outset, Kiwibuild was only going to provide housing for middle-class professionals who only 5 years earlier would have paid a similar amount for a 4-bedroom house with a front and back yard. The scheme would do nothing directly for the working poor. As Alan Johnson, the Child Poverty Action Group spokesperson on housing wrote:

“It is not programmes like KiwiBuild that will get rough sleepers off the streets and allow families to move beyond sleeping in cars or garages, but more state housing.

“After all, KiwiBuild is yet another variant of the trickle-down theme. In this instance, the idea is that if we build enough $600K houses for young middle-class households eventually the working poor and beneficiaries might be able to find a place to live.”

Leaving aside the issue of who benefits from the scheme, Kiwibuild delivered less than 300 houses in its first year, well below the target of 1000 houses. In 2019, Twyford was replaced as housing minister by Megan Woods and the Government announced a Kiwibuild “reset”. The “overly ambitious” target of 100,000 new homes over ten years was scrapped and Kiwibuild was subsumed into Kainga Ora (Housing New Zealand under a new name).

According to Megan Woods, Kainga Ora developments will include a mix of state homes, homes under a $400 million dollar progressive home ownership scheme (in which a home is partly owned by the government or a community housing provider), and Kiwibuild homes for those who can afford a mortgage to buy a home outright. So far, 12 families have benefited from the progressive home ownership scheme six months after it was launched.

Capitalism failed to prevent a housing crisis. The increase in population did not mean a corresponding increase in housing, it just made houses more expensive. Land banking and speculation for short-term profit made things worse. Sky-high prices mean that renting has become the only option for a large proportion of the population. The demand for rental properties has led to rapid increases in rent that outstrip the growth in wages.

In 2020, despite the pandemic, house prices increased another 19% across the country. In the main centres, developers and property investors are driving these increases. In suburban areas of Auckland, houses are being bought up left and right by developers, to be demolished and replaced by high-density apartments and townhouses. The new homes in turn are being snapped up by property investors taking advantage of low-interest rates, rising property prices and rising rents. The housing shortage has become a housing bubble. The frenzy is set to continue for some time as developers and investors try to make as much money as possible before the bubble bursts. Business as usual under capitalism!

Housing is a basic human necessity. We have the resources and capability in Aotearoa New Zealand to build adequate housing for everyone. There is enough land and building materials. There are enough builders and other workers to build houses. Kainga Ora should build 5000 state homes per year at a bare minimum. This is a completely doable task. In the midst of the great depression, the Savage Labour government could build 3000 houses per year. Since then, the working class has more than doubled and labour productivity has increased many times over. Taking advantage of the latest technology, high-quality prefabricated homes and apartments can be rapidly constructed.

What is needed to realise this potential? A large scale project needs access to large-scale funding. Therefore the country’s banking system should be nationalised. Mass building and construction companies should also be nationalised under workers control and integrated into a national housing plan.

We also call for a maximum rent to be calculated based on the average wage and the size of the property. For example, rent on a 2-bedroom 60 sq metre flat should be no higher than a third of the average wage.

To prevent land banking and speculation the government should also have the authority to requisition properties that are not being used.  That is,“use it or lose it”!

Of course, such policies would be fought against tooth and nail by banks, developers and property investors (i.e., capitalists) who profit from the status quo. Even something as mild as a capital gains tax, that Labour had campaigned on before the 2017 election, had them kicking up a fuss. Labour subsequently ditched the policy in Government.

Capitalist private property is the fundamental problem, which will be understood clearer and clearer as the housing crisis drags on. Solutions that try to work with or around capitalism are more effective at handing money to banks, landlords, and developers than making housing affordable. But to carry out bold socialist policies effectively will require the class struggle. State housing in New Zealand was a product of class struggle in the Great Depression. Workers in New Zealand should be inspired by this history. In the 2020s, as in the 1930s, the struggle for affordable housing is the struggle for socialism.